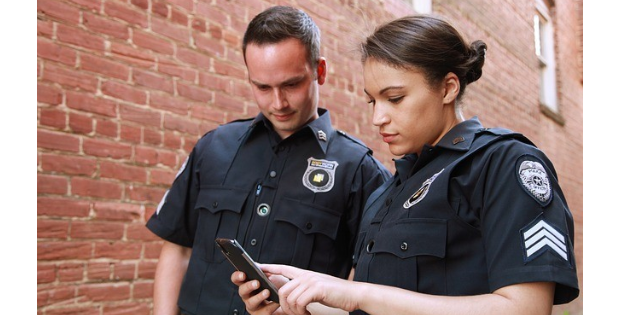 While you’re protecting someone else’s property, who is protecting you? No one really. Granted job security is a thing of the past and sometimes you just have to do what you need to do to make ends meet. But are security officer jobs really worth it?

While the requirements to being a security guard is not much; high school diploma or equivalent depending on the job, it can often be a risky job. While the job descriptions may vary, it’s all about ensuring the safety of others. While performing a job like that might give you a sense of pride, there is still a risk of bodily harm, attached to it.

You also need to be able to think quickly in unexpected situations, so having proper training is important.

Some key qualities required to be a security office may vary depending on what you’re being hired to do. However, the short list below may well be required across the board.

Let’s face it, every employer would want these five qualities from their employee. 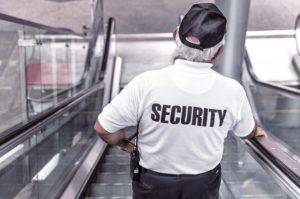 Where to find Security Officer Jobs

Despite the risk attached, some people find security officer jobs appealing. If that’s you and you want to fins yourself one of these jobs but you’re not sure where to look, then here are a few places you can look.

How much does a Security Officer earn?

As a security officer you can earn anywhere between $9 – $21 but it all depends on the organization that’s hiring. Admittedly, while you are putting your life at risk to fulfill an important function for someone else, that aspect of the job certainly is not reflected in the pay.

Are They Worth It?

In some instances, being a security officer might be exhilarating, especially if you are working with a celebrity. But even so it can often be dangerous. Regardless of who you are working for, there is always the risk of being injured, since you are on the front line. You have to ask yourself, is the salary worth that kind of risk?

To some people it seems as if security officers do not do much, maybe some of them don’t, but the security officer is the first person to respond to a situation when any criminal activity occurs. As a security officer/guard, you are putting yourself in the line of fire when ever trouble arises. Regardless of your training, the danger is still there.

In addition to which, if you do not have the proper equipment while patrolling, you just may not be an appropriate match for a robber or some other person who may be intent on carrying out some criminal activity. So you have to ask yourself, are security jobs worth it? 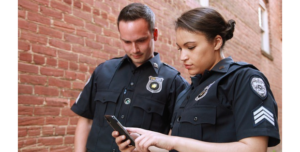 Having a security officer job means that you can work in a wide variety of places, including office buildings, retail stores and malls, as well as public buildings. However, security officers/guards often work around the clock and sometimes shift changes don’t always go that smoothly. Let’s not forget having to deal with difficult people at times.

For example, a simple thing like working at a Mall as a security officer can be frustrating if you have to deal with difficult people on a regular basis. We all know how that can be. But sometimes some people are bent on ignoring authority because they want to do the wrong thing.

Additionally, the job of a security officer/guard, is extremely dangerous. As a security officer, you’re the one who has to patrol and protect someone else’s property against theft, vandalism, and any other illegal activity. That means you have to be on your Ps and Qs at all times, since you never know when something crazy might happen.

Now no one is saying that you should not become a security officer if that’s what you want to do. But is the salry worththe risk? If it’s all about earning an income, then why not learn how to create a passive income stream in your spare time? Having extra money is always a good idea for anyone and creating a passive income stream an be done by anyone, since the opportunity does not require any special skills or knowledge.

So if you think that a passive income stream is something you might like to start doing, then click on the link below to see how you can do that. Check out the opportunity that is allowing thousands of people to create an income stream in their spare time. You can get started today, absolutely free!